Now I Have to Clean My Studio

The real drawback to the thesis studio is that it's a yearlong process, instead of the usual 10-week sprints. That means an awful lot of stuff can accumulate in the studio without the forced cleanouts.

Noel took this photo of me presenting at the final crit on Saturday. My boards are on the wall behind me; the rest of that stuff is my classmates' projects (I'll post more about them later). 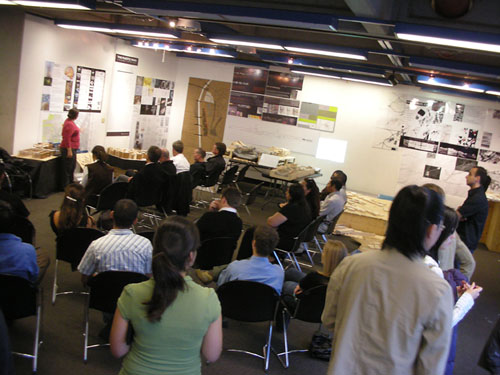 The crit went very well. We had the conversation I was interested in having, and I got some good directions to explore. I probably won't explore them for this project, but the saying is that you spend the rest of your life working on your thesis, and I think that is definitely going to be true.

The next day we cleaned some things out of my studio, went to my apartment in SLO and packed up a bunch of stuff, and drove home, where I have basically been asleep.

Less Than Sixteen Hours to Go

Our presentations begin tomorrow at 1pm. I'm home now for a brief dinner break, then back to the studio to finish this model. As of 6:30: 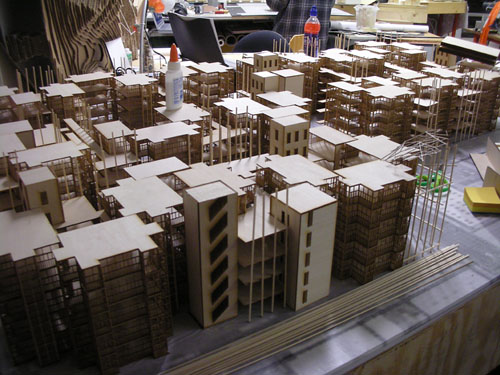 Is this Cleveland I see before me? Yes.

The Model That Ate California

Well, not quite, but it is getting quite large. Here it is just before I broke off work for the night tonight: 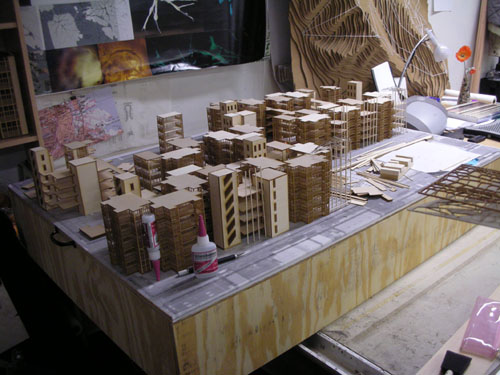 (It's rotated from the last shot, because I was working on the other side of it and crawling around on my classmate's desk was getting inconvenient.)

As you can see: lots of little towers clustered together. This afternoon as I was working I realized I'd failed to cut enough of the towers, due to a stupid calculation error. So tomorrow afternoon I'll be making a mad dash back up to Menlo Park for a quick cutting session; I hope that will get me enough pieces to finish.

Here you can see the missing towers, off to the left. All the other towers are assembled and placed on the model. (You can also see my printed cheat sheet for placing them.) 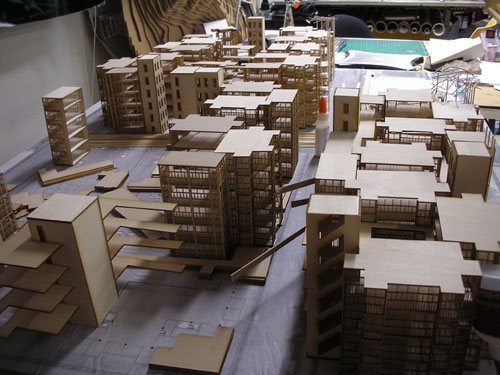 I still don't know how the roof works over the parts that are not the towers. In the upper right you can sort of see where the roof is starting to take form, but there's another layer of materiality to add to this before it's really solid.

And now to work on my major section. Fun!

About a Week Left

Yesterday I took my giant base and decoupaged a printout of my floor plan and a site photograph onto it, then I began attaching the towers I've been building. I still have eight or nine towers to assemble, and then, of course, I need to figure out what happens in the spaces between the towers, which is more complicated than it sounds. 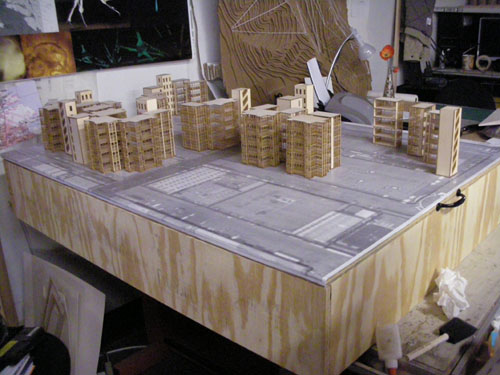 I feel like I've been working on this model forever. Last week I realized that trying to make it at 1/8" scale like my teacher wanted would be very bad (the model would be larger than our display space). I switched to 1/16" scale, but that meant I lost a week of work on the thing.

I still don't know how I'm going to build the interstitial spaces that are less structured. I don't even know how to draw them quite yet. But I do have a lot of these: 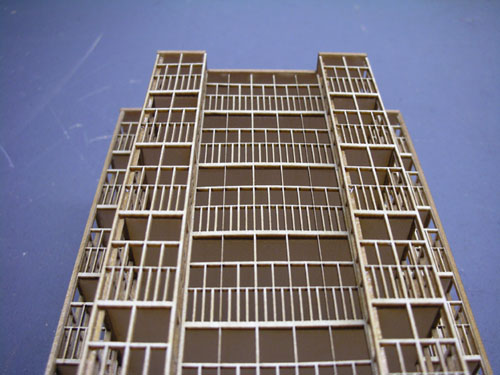 That's the from-the-sidewalk view of one of the structural towers. They're sort of "ivory towers" for the building: where labs and offices and collaborative workspaces are located. The space around them is more casual, more for interaction and collaboration rather than hard work.

Here's what the tower looks like alone. These are then grouped into florets of two or three to make a working cluster. I have two shapes: this larger flowery one and a smaller, rectangular one. 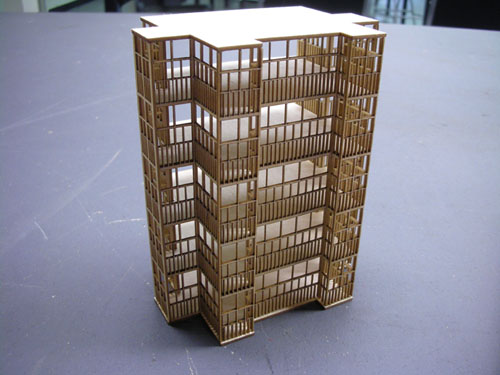 They are all cut out, so the last few days I have been obsessively gluing them together. On some the gluing job is not so good, but mostly it works good enough for a large model. 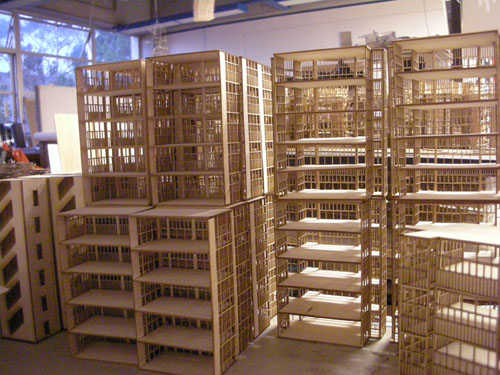 I still have about 17 of the large towers to glue together: that is my task for tomorrow. Then they get placed on the base and glued down. 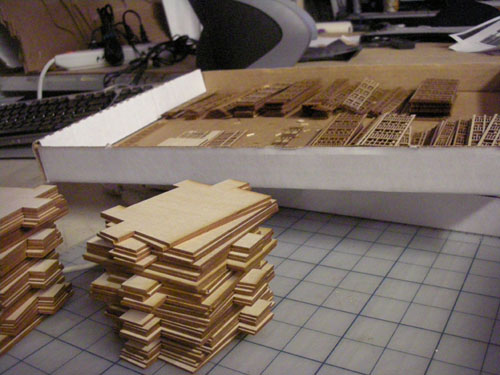 And here, my accomplishment for the day, is the base. Three feet by four feet, with handles on the short sides for positioning. I have a black felt skirt to go around it, but I still need to figure out some way to attach rolling wheels or a tea cart or something to the bottom for portability. And of course, how to get it out of the studio once the model is attached? My classmates have encroached on the aisles so there is only 18 inches of space unless you can go vertically. 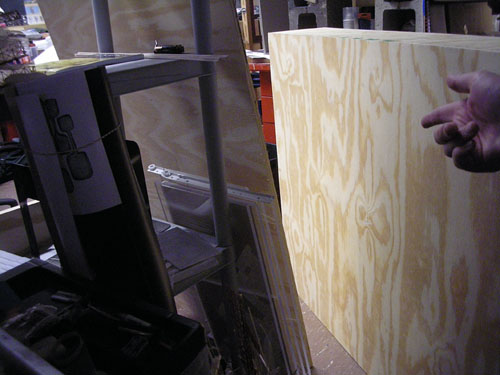